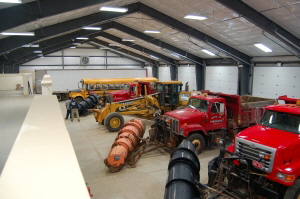 The Select Board employs an assistant who is responsible for gathering information for The Board as well as performing a large amount of additional tasks such as communicating with outside parties on important matters. The Select Board Assistant, however, has no authority to make decisions, only to carry out the instructions of The Board and to work within the set parameters of the position.

The VT Secretary of State briefly describes the roll of a select board. Quoting: “General supervision and control over town; enacts ordinances, regulations, and policies for town; oversees town property and personnel; prepares, presents and manages budget; and oversees roads, including laying out, discontinuing, and reclassifying roads. Sits as local board of health, liquor control commission, and sewer commission. Should know the town well, be able to understand all sides of complex issues, and have very thick skin.  17 V.S.A. § 2646(4); 17 V.S.A. § 2649“

From the Vermont League of Cities and Towns Selectboard Handbook: Quoting, “Through this one statute and two cases (24 V.S.A. § 872, Kirchner v. Giebink, 150 Vt. 172 (1988) and, Town of Bennington v. Booth, 101 Vt. 24 (1927)) the Legislature and Supreme Court have roughly framed the parameters of the selectboard’s job: The selectboard must perform the duties directly assigned to it by the Legislature and the duties assigned to the town generally, but not to any other town officer, board, or municipal entity (e.g., fire district or library); the selectboard must not interfere with the duties granted specifically to other town officers, boards and entities, and it may not perform acts which the Legislature has not authorized it to perform.”

Possibly the biggest public misconception is that the Select Board has total and absolute authority over all personnel employed by the town. Townshend retains the older format of town governance, meaning most of the major officers are elected officials. Each elected office is autonomous and officers answer to the voters and only the voters. In other words, it is a complete waste of everyone’s time to come to a meeting to complain about an elected official because, while the board members may sympathize with the complainant, there is simply nothing at all they can do about the situation. One might feel better after airing the complaints in front of the BCTV audience but that is the most satisfaction that may be achieved.

The Select Board does make a lot of appointments to a variety of unpaid positions. The list of those positions is on the “Offices” page.

The Select Board, in conjunction with all the other town officials, sets a budget for the coming year and that budget is presented to the voters who may accept, amend, or reject it at Town Meeting. The tax rate (just the municipal rate), another item people like to complain to the Select Board about, is set based on voted expenditures and the size of the Grand List. If the voters say, “Raise the money,” the Select Board is obligated to do that. However, the Select Board spends much time carefully watching the expenditures to be sure the money is, indeed, being spent in a way that will benefit the town.

There are numerous items that must be handled by the Select Board and the best way to understand some of these items is to attend a meeting or two or watch some of the BCTV videos of the regular meetings. Overseeing a town, even a smaller one like Townshend, can be an enormous and complicated endeavor and often the only reward is being told that one is doing a lousy job of it.