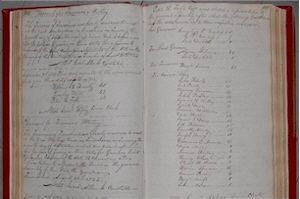 The Town of Townshend was chartered in 1753 as one of the New Hampshire Land Grants. It was named for Charles Townshend of England who was most notable for his fondness for taxing the colonies. His most famous tax was the tax on tea that helped to push the colonies into declaring independence. Now you understand why being named after Pete Townshend would be preferable.

Like all New England communities the early settlers spent their time and lives farming less than ideal soils and terrain. In the late 1700’s manufacturing, retail, and hospitality related concerns began to appear and flourish. The village of West Townshend was by far the center of economic and agricultural activity in the earlier years. Many original farmsteads and other buildings remain scattered around the Townshend countryside today.

Major fires in 1886, 1894, 1896, and 1918 destroyed much of the center of Townshend so many of those buildings, which include the current Town Hall (built 1921), are relatively recent in relation to the age of the settlement.

Another major change from Townshend’s past appearance is the Townshend Dam that was constructed on the West River between 1959 and 1961 for flood control purposes. The resulting lake flooded much of West Townshend and eliminated many of the prime properties that were important to the earlier economic development of the area.

There is a book about the history of Townshend called “A Stitch in Time”. It is available for purchase at the Town Clerk’s office or may be checked out at the Townshend Library. The information above, for the most part, is attributable to that book. It is a really wonderful look into the past.

Another wonderful history book that you may check out at the library, though it deals with more than just Townshend, is “36 Miles of Trouble”, about the old West River Railroad that use to run from Brattleboro to South Londonderry. Call it a story about a grand idea gone horribly wrong. The old railroad bridge supports are still there today in the West River between Newfane and Townshend.

The video below, produced by IMR Films, is a wonderful introduction to both the West River Valley and parts of Townshend and combines some history with some current information. The old rail beds reverted to the State of Vermont when the railroad went bankrupt and many are now roads and trails. From personal experience, living along that old rail bed, it took years to clean up the old spikes and razor wire on the property.