TOWNSHEND, VERMONT BOARD OF LISTERS 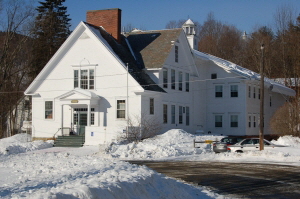 A bit of history from the “Lister’s Handbook” published by the Vermont Department of taxes.  Quoting: “In the beginning, the grand list was extremely detailed. There were, for example, four different categories of cows, each having a different value. During the first 100 years of Vermont's property tax, the legislature attempted to keep the categories of items up-to-date, so that the grand list would be an accurate measure of each citizen's ability to pay. In 1797, for example, mules and jackasses, house clocks not made of wood, gold watches, and other watches were added to the list. Although money on hand was always listed, by 1825 stock in corporations was added, and by the middle of the century we listed distilleries, pianos, organs, pleasure wagons, carriages, sleighs, dogs, and swarms of bees.” Unlike New Hampshire, Vermont does not do that any longer. (Smile folks, it is a partial joke.)

The most universally recognized term would be “property assessors”. That is basically what the Listers do, they inspect a parcel of land and the buildings on it and assign a value. Of course the job is far more complex than that and there are many responsibilities beyond just assigning value to a parcel. The most difficult part may be trying to keep everything fair and equal while dealing with such variables as “Fair Market Value” that can change based on the current economic climate.

More from the Lister’s Handbook, quoting: “The overarching responsibility of the lister is assessment equity. Generally speaking, assessment equity is the degree to which assessments bear a consistent relationship to market value. In order to do this listers must understand appraisal methods and property assessment administration in Vermont. With inflation, development, and subdivision, the grand list may soon be out of date. Between the years in which complete town wide reappraisals are completed, you will have to make corrections, additions and adjustments to maintain equity among properties. To do this, you will need to analyze and interpret sales data.”

Townshend no longer assesses tax on what is known as “personal property” which would be items that may be found in a commercial building, machinery, shelving, computers, etc.. Certain guidelines are set by The State for valuing electric transmission lines and specific types of public utility infrastructure but beyond that,  if you operate a factory in Townshend, you no longer have to fill in the equipment depreciation forms of old. (As an example) For the most part, property is just that, real estate an individual or corporation owns. It does need to be noted that Townshend does tax camping trailers as real property when they are on site or at a campground for more than 180 days prior to April 1. This is in accordance with State guidelines. Contact the Listers for details.

Generally the Listers will spend the year making note of changes to  particular parcels, the addition or loss of an out building for example or new construction which was begun after April 1. At periodic intervals the State of Vermont will make the decision that the “Grand List” of Townshend is not within a certain parameter that they consider fair under a State wide formula and a complete reappraisal will be necessary. This may be done by the Listers themselves or an outside firm may be hired.

Details about a tax bill or the base value of property held may be obtained in the Town Clerk’s Office. However, detailed information about your property is available only from the Listers. Ask for a “Listers  Card”.

There is a framework for appealing the assessed value on your property. Once a year, normally in late spring, there is a grievance period for those who feel their property appraisal is in error. If changes were made to the value of a piece of property during the previous year, the property owner will be notified by mail of the new value and the grievance date will be in that notification. Otherwise, notices are posted in key areas in town stating when the grievance date(s) is.  The Vermont Institute for Government has published a nice basic guide book for appealing your assessment.  You will find that here.